About "From Farm to Fork"

The goals of the project are ambitious: The protection of bi-odiversity and the associated ecosystem services is to be in-tegrated into the value chains of bananas and pineapples from conventional cultivation. The activities will be imple-mented mainly in the Dominican Republic and Costa Rica.

From Farm to Fork promotes the participation of key play-ers along the value chain. These include food companies and retailers as well as consumers – target groups to which the activities in Germany and the German-speaking market are directed.

The political partners of the project are the Ministry of En-vironment and Energy of Costa Rica (MINAE) and the Minis-try of Environment and Natural Resources of the Dominican Republic (MIMARENA).

The project is financed by the International Climate Initia-tive (IKI) with the support of the Federal Ministry for the Environment, Nature Conservation and Nuclear Safety (BMU) and implemented by the German Development Co-operation, GIZ, and the NGOs Global Nature Fund and Lake Constance Foundation. Host country of the project is Costa Rica.

About 40% of the world’s surface is used for agriculture. Ac-cording to FAO, agriculture is responsible for 70% of the loss of biodiversity. The negative effects are particularly great in developing countries, where 72% of animal and plant species are endangered by agriculture.

The destruction and degradation of ecosystems and the as-sociated loss of habitat for many animals, plants and micro-organisms is particularly dramatic in regions where agricul-tural crops are grown in monoculture.

Monocultures of pineapples and bananas can have a nega-tive impact on the climate and biodiversity. Intensive agri-cultural practices damage ecosystems, contribute to soil erosion, affect the water balance and contaminate water and air.

In Germany, bananas are one of the most popular fruits – right after apples. With an average annual consumption of twelve kilos per capita, they are at the top of the popularity scale for tropical fruits. In 2018, Germany imported a net total of around one million tons of bananas – mainly from Ecuador, Colombia and Costa Rica. Pineapple imports to the EU have stabilised in recent years at around 900,000 tonnes per year. In 2017, Germany imported around 145,000 tonnes.

Bananas and pineapples are the most important agricul-tural export products of Costa Rica. The production areas of both crops cover almost 90,000 hectares of the country’s surface. In the Dominican Republic, about 49% of the 48,000 km² of land is used for agriculture.

Productive agriculture and biodiversity conservation at the same time is possible and must be promoted in order to en-sure a secure food supply on the one hand and to protect the diversity of ecosystems and species on the other. 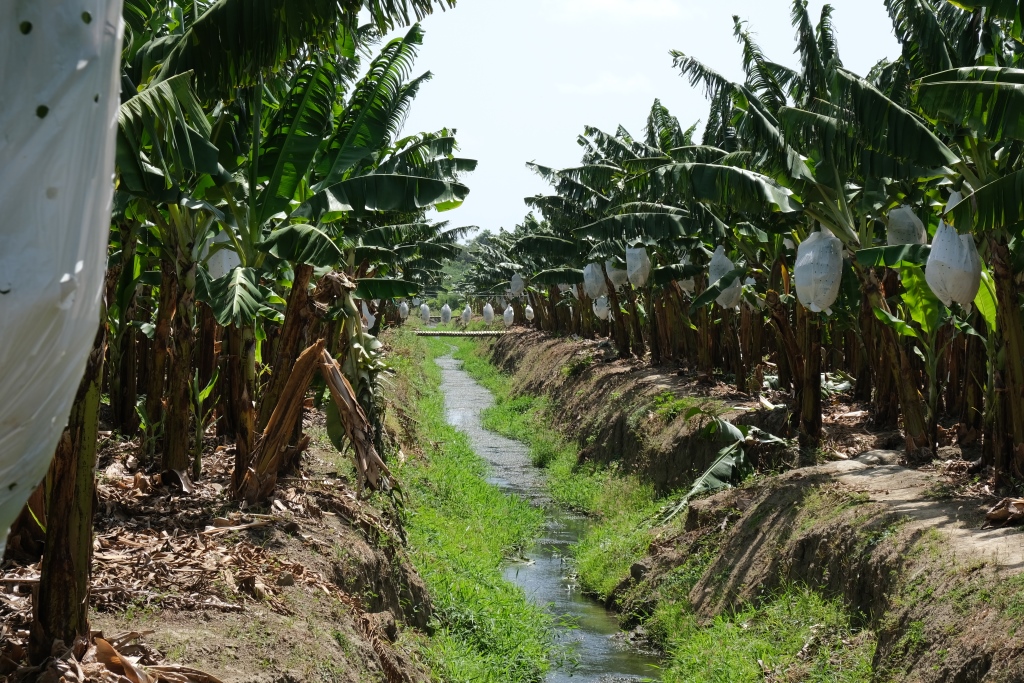 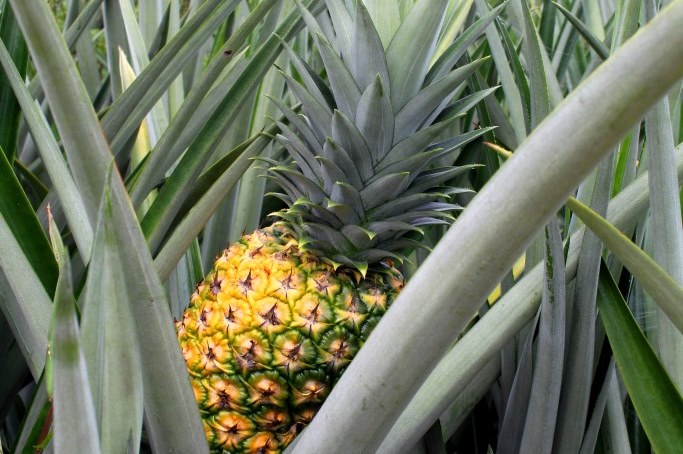