With 20 years of experience in the production and marketing of fruit, Nicofrutta is a company of Italian origin that sells pineapple from Costa Rica to the European market.
Since the beginning of its operations, Nicofrutta has focused on supporting producers and small grower organizations in the application of production protocols with environmentally responsible management that includes reducing or eliminating the use of agrochemicals, but also addressing social development issues for producers, their families and surrounding communities.
Nicofrutta’s work with producers has resulted in international certifications such as Fairtrade, Organic for the European Union, and the United States, Biosuisse, Rainforest Alliance/UTZ, Globalgap, BRC, Zero Residue Pesticides, and recently Agroprevent COVID19. All these certifications have confirmed the company’s commitment to sustainable agricultural production.

For Nicofrutta, environmental commitment goes beyond certification. After 20 years of marketing pineapple as the main export product, the company is seeking to improve the production environment with an innovative approach that includes biodiversity as a major player in the sustainability spectrum. That is why, since 2018, the company has begun implementing a project that promotes the conservation of ecosystems.
One of the main characteristics of biodiversity-responsible production is respect for nature: “Instead of taking things away from it, we provide it with conditions. Nature recognizes this, we have great satisfaction when we see extraordinary animals that were no longer seen on the farms; we have achieved the connection of biological corridors in several farms and this has allowed animals to pass through and remain in their natural habitat”, explains Jorge Sanchez, General Manager in Nicoverde (Nicofrutta’s subsidiary).
The promotion of agricultural production based on respect for the environment, biodiversity and all ecosystems in general gives Nicofrutta the greatest benefit: guaranteeing healthy and safe products for consumers, demonstrating as an added value that pineapple production can be compatible with the conservation of biodiversity.

Since 2018, Nicofrutta has signed a public-private partnership with the develoPPP.de program, an initiative of the German Federal Ministry for Economic Cooperation and Development
(BMZ), which seeks to encourage private sector participation in issues of importance to business, but which coincide with sustainable development. The implementation of this alliance in Costa Rica has been carried out by the German Cooperation for Development, GIZ, and has allowed the company to conserve the ecosystems in its productive activities. 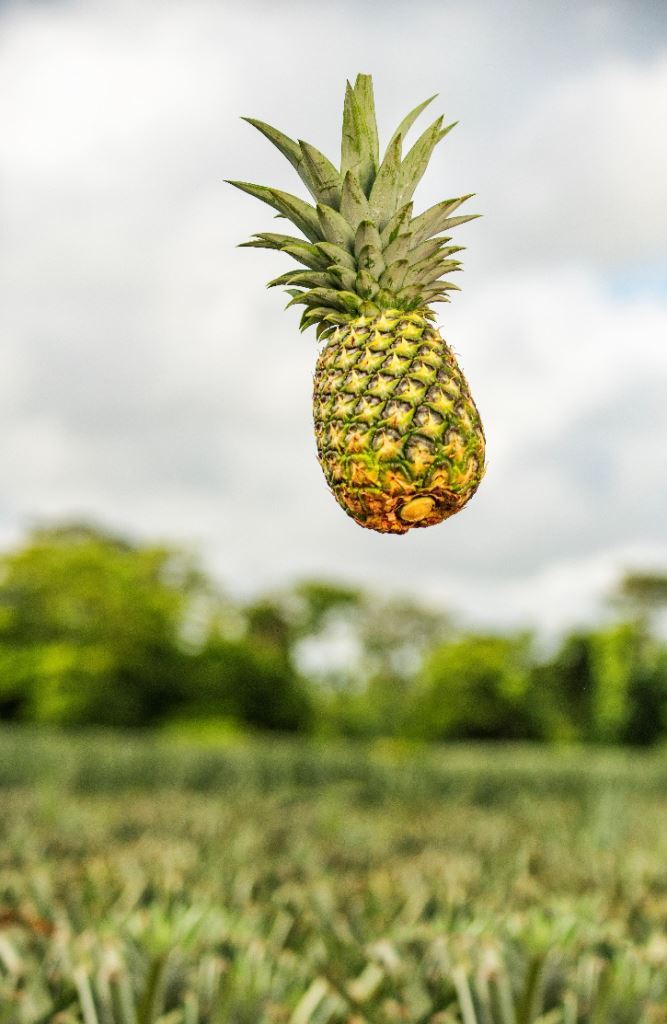