A biological corridor for the safe movement of wildlife

Costa Rica Fruit Company S.A. is the third winner of the Ideas Competition of the Del Campo al Plato programme in Costa Rica. The company seeks to restore connectivity routes between the Tres Amigos River protection area and a designated area within its pineapple plantation.

This project proposes to create a biological corridor to connect isolated wildlife populations in the forested area of the farm and the buffer zone of the Tres Amigos River by restoring small areas that have traditionally been used for agriculture.

The creation of the corridor will contribute to: 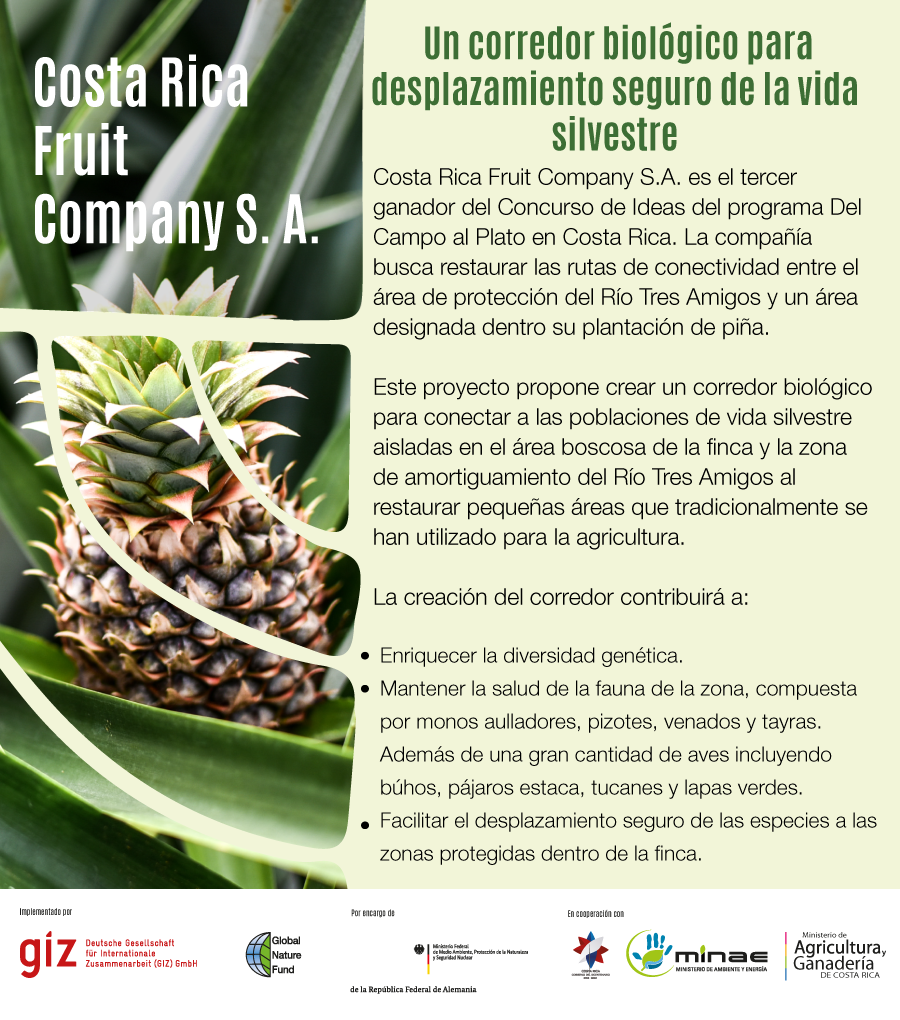